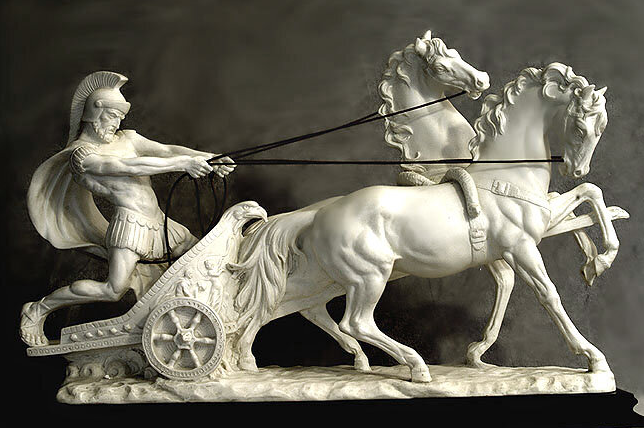 I previously explained that Plato realized that if we could figure out how the living body of a being registers stimuli, it would go a long way toward us understanding how the more intelligent system, the perceptive consciousness of a human, works. His major theoretical development is to talk about the mind as having a tripartite nature, and argues that it is this that allows us to move beyond child-like behavior.

To move forward he asked a series of probing questions: Do we as a matter of fact note any mental activity at all that is neither pure reasoning nor animalistic, unreasoning awareness? Is it is possible to explain how such activity is created physiologically? Is there any benefit to pursuing this speculation? He answers “yes!” to all of these.

Plato wanted to understand how basic awareness and perceptive consciousness work and to link them to higher cognitive functions such as abstract thought. He was committed to a physiological relationship between them that runs: registering (seeing, hearing, feeling a thing) —> consciousness (being aware of and paying attention to the thing) —> higher cognition (reasoning about the thing).

To better explain what the “superior” bodily psyche is, Plato says that by and large the appetites don’t “understand” reason and to the extent they do, they have no innate regard for it. Instead, common sense tells us that appetites react immediately to what they see.

However, the superior body psyche, which is the emotional center, clearly does respond to reason. After all, many people have desires for things that they really are embarrassed by, and they get really mad at themselves for indulging them. So mad, even, that they often can force themselves to stop. Plato thinks that the fact you can be aware of, judge negatively, and cease to act on an appetite is evidence enough that the reasoning capacity can work in concert with something – the emotions – to control the appetites.

So Plato’s psychology says mind consists of three parts: the psyche which is capable of abstract thought and can control the body, the thymos or “spirited” part, which is our emotion center, and the phrenes (think: guts), which Plato casts as the appetitive part.

1. In humans as with other animals, appetites or desires typically run on their own. All things being equal, when an appetite strikes, humans, like other animals, ‘mindlessly’ pursue it. This much covers how any animal conscious being comes to feel pleasure and pain, and how they affect action. But Plato also wants to explain how humans are not only animal conscious but self conscious and how the two are related.

2. Sometimes, instead, in humans the emotion center (thymos, or superior body-psyche) communicates to the appetites what our reasoning part wants done about a situation, such as whether or not to pursue satisfaction as well as how better to do so.

3. Whatever the communication between these parts is done with, it must be a way that is ‘understandable’ for the appetites. It appears to be a physical messaging system that uses various bodily fluids to affect the vital organs such that the body can be put into various states such as pain and nausea, which have a very strong influence on the will or the desire to pursue a course of action. In fact, these states are strong enough to undermine the otherwise very strong urge to satisfy a currently active desire and replace it with another one supplied by reason.

4. The reasoning part of the mind, in conjunction with the emotions, is able to manipulate the proper physical changes in the body, thus sending the proper message of pleasure or pain to silence (or strengthen) the basic pangs that are messages of appetite. Of course these appetite messages can also be very strong and overpower the inclination to do things that require intelligent thought. These messages go back and forth between the body and the brain, with varying degrees of success. (Going forward we’ll refer to this process as duplex communication).

5. For example, let’s say you have the desire to do something you think is awful, like kicking a puppy that’s been yapping for too long. You kick it and realize the poor thing was just looking for attention and now you’ve seriously hurt it and as you get a sick ‘guilty’ feeling in your stomach, the anger you felt about the yapping disappears, along with the desire to punish the animal, you feel sorry and promise to yourself never to needlessly attack a defenseless animal again.

To strengthen this idea of duplex communication, Plato argues that its clear that bodily conditions can cause illnesses in the brain-psyche, thus stopping it from working as it often can to control our behavior:

In the next post I’ll move to how we can use Plato’s ingenious psychology for ourselves in the 21st century.