In my first post on Aristotle I introduced you to the concept of deliberation and discussed its relation to happiness. It is such an important concept because it helps us understand under what conditions we actually choose to do something. If we don’t know that, we won’t have a good grasp on how to pursue happiness.

It’s because of our ability to deliberate before we make our choices that it makes sense to praise or blame people for the consequences of their actions. This understanding of the source of praise and blame isn’t just seen in sports stadiums, award ceremonies, or fights with loved ones, it’s built into the law in distinctions such as between homicide, voluntary manslaughter, and involuntary manslaughter. Now let’s build on this.

It’s pretty obvious that our emotions play a huge role in our actions: I’ll wager you share my experience that emotions can sometimes make a total mess of the ability to choose, and especially to choose well. Few among us have never acted in a ‘fit of rage,’ been ‘consumed by jealousy,’ or ‘blinded by love.’ But it’s not at all obvious how these things all fit in together, and how they impact our pursuit of happiness.

The relationship between choice and deliberation 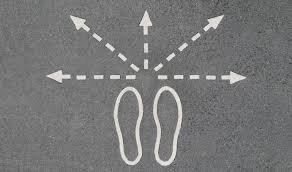 In deliberate action, the brain has recognized that something could be different than it is, and sets a course to make it different. But is anything beyond deliberation required to say we’ve acted by choice? Aristotle asks the question just a bit differently; what makes an action voluntary? He identified 5 factors that need to be met to say a person has acted voluntarily:

If you miss any of the four contextual factors, you don’t really know what is happening. When you don’t really know what is happening, you are acting in ignorance. Aristotle If you’re acting in ignorance or under force, your actions are not voluntary, they are counter-voluntary. This is not exactly the same as saying they are involuntary – Aristotle wants to make a big distinction here so let me shed some light.

I started losing my hair about 8 years ago. You might say that in a literal sense I was forced to lose my hair, but common sense says that’s a weird use of language. Going bald is just something that happens to a lot of people through no one’s fault or intention. My losing my hair is counter-voluntary.

When I started losing my hair, I decided to start shaving my head. Clearly this was voluntary. Going to the grocery store and getting coughed on by an irrationally angry public health enemy – involuntary.

His point is pretty straightforward. Just because you did something on a whim like hit ‘purchase’ on your Amazon cart because you were stressed, or buy a soda from a street vendor out of habit doesn’t mean you didn’t mean to. You didn’t deliberate beforehand, but no one forced you, and you knew what you were doing. it was your choice. For simplicity call the two types deliberately chosen and suddenly chosen actions. 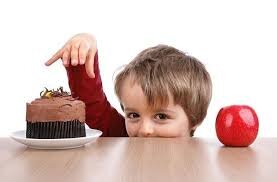 Earlier I made a passing reference to acting in ignorance. The idea was that if you aren’t aware of one or more of four contextual factors when you’re acting, then you don’t know what’s going on, and so your actions are counter-voluntary. But Aristotle wants us to not let sloppy talk miss important distinctions. Turns out there’s a big difference between acting in ignorance and by reason of ignorance.

Acting in ignorance means you are literally not in a position to use knowledge you could have – you don’t have important information for some reason. Acting by reason of ignorance means choosing to act based on bad reasons.

Acting in ignorance means you are literally not in a position to use knowledge you could have – you don’t have important information for some reason. Acting by reason of ignorance means choosing to act based on bad reasons

If you drunkenly decide to get behind the wheel, you’re going to miss a lot of important context information and you’ll be lucky if you don’t hurt yourself or someone else. While driving you were acting in ignorance.

But if you previously said to yourself ‘I’m going out and getting wasted tonight and I don’t care what happens,’ then that earlier decision was made by reason of ignorance. You knew better and you did it anyway.

What goes for acting in ignorance goes all the more from acting by reason of ignorance. These types of choices are practically guaranteed to lead to unhappiness.

Once we pull together Aristotle’s concepts of deliberation, voluntariness, and ignorance, what’s left is to look at the unhappy times that come from acting poorly with respect to them. Why do we fail to act with deliberation? Why do we choose poorly and act ignorantly ? Aristotle gives three basic answers: impulsiveness, weakness of will, and being a bad person. (In contemporary psychology we would at least add unconscious motivations to the list).

For our purposes I’m going to set aside the issue of being a bad person – narcissists and sociopaths exist, and yes they knowingly choose to do bad things. Just look at Donald Trump and his enablers. So let’s look at the two ways a person can lack self control, impulsiveness and weakness of will.

Aristotle counsels that impulsive people have a temperament, a strong natural inclination, that makes them more sensitive than average and thus more prone to being hasty, irritable, intense, and so they follow their immediate perceptions and act without deliberation more than average. We can sympathize; we’re all like this as little kids, and it’s not hard for a person to slip into this “spiritedness” when not thinking about anything in particular.

Weak-willed people, on the other hand, know what they should do but fail to stick to their conclusions. They indulge their appetites even after deliberating that they should not. (For the last hour I’ve been fighting the desire to go to my corner bodega and get a Mountain Dew even though the plan for this week was to lose 1 lb and I haven’t been able to weigh myself yet. I’m not sure how long my will will hold out!) Aristotle took the common sense position that weak-willed people are looked down upon far more than impulsive people because they lose control though they start at a far more manageable state.

Taking the distinction between failing due to weakness or impulsiveness along with the two types of ignorance allows us to have a very thorough understanding of how emotions factor into happiness. Pulling everything together there are basically two types of emotions:

Separating them out like this allows us to say whether actions influenced by either of them are voluntary, and to see why such actions might lead to happiness or unhappiness. 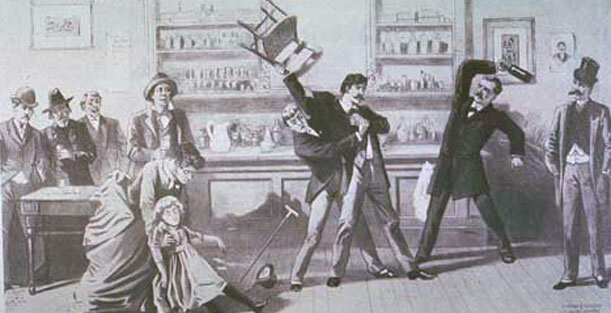 Based on all the concepts discussed above, Aristotle identifies three types of emotionally influenced actions:

Let’s look at examples of each:

Our emotions can strengthen or undermine our resolve, and they can undermine our better judgment. But it is rare that they totally overwhelm us. Stopping a destructive emotion, either by letting it dissipate or by channelling it in a different direction is bound to save a lot of pain.

Putting it all together

Sometimes people deliberate yet fail to stick to their decision because of their emotional condition. Sometimes, it is absolutely right and proper to have and act on certain emotions. Of course you should be outraged by seeing little children in cages. Of course it’s natural to feel a tinge of jealousy when someone gets a promotion you thought you deserved. But plenty of times people recall that their emotions can get the better of their choices and gain control of themselves before it’s too late by tolerating and managing their emotions.

Whatever sort of deliberation is going in cases where you are overcome by emotion, it’s clearly less than the sort of conscious deliberation you might go through when deciding what car you can afford, or as you fill out a job application.

Aristotle and Plato both thought that even when you are behaving uncontrollably with respect to your emotions you are in a way giving in to reason. Emotions are a type of judgment and so they are intelligent behavior, even if the behaviors they motivate are inappropriate, maladaptive, or just plain wrong. Temper relative to reason is like a hasty intern relative to the boss they are trying to impress. The hasty intern runs out of the meeting before hearing everything and then fails to carry out the proper instruction.

This is different from weakness due to an appetite. For the proverbial kid in the candy store, all appetite needs is for their perception to say ‘yummy!’ and they hatch their plan to get a tasty treat regardless of their best interest.

Aristotle’s definition of emotions is “all those feelings that so change people as to affect their judgment, and that are also attended by pain or pleasure.” This definition gives him a three-step process to examine our emotions and the emotions of others, and give us insight to judge how happy an emotional act might make us. Let’s use anger as the emotion to run through the process, but it is the same for any emotion:

Answering these questions leads Aristotle to define anger as “an impulse accompanied by pain, to a conspicuous revenge for a conspicuous slight, directed without justification toward what concerns oneself and one’s friends.”

Thinking seriously about the people you are involved with or observing will train you to be a better judge of temperament, motive, and tendencies. It also reminds us how powerful a person’s felt experience is bound to be on certain occasions, and how it might impact one’s cognitive abilities. It also can remind us that what might seem on the surface like badness or weakness of will is in some cases much more understandable.

In thee next “influences” post I’ll begin a discussion of the last of my major Ancient Greek influences, Epicureanism.